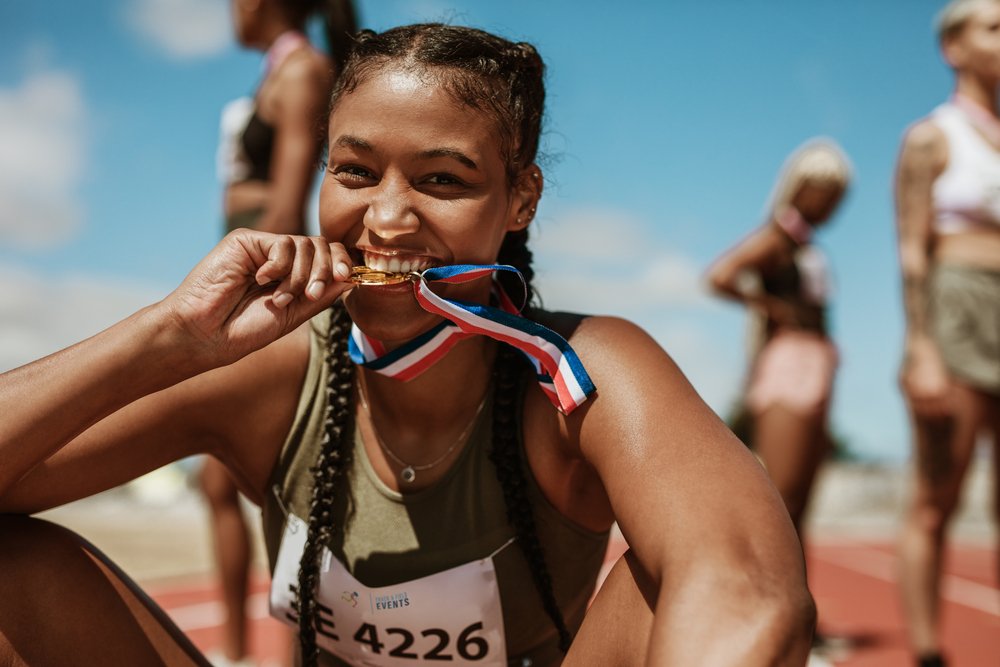 As the world spends the next few weeks watching the Beijing Winter Olympics of 2022, a major thought on everyone’s mind is how these amazing athletes have cultivated such an elite level of skill. They have dedicated hours upon hours of their lives to honing their skill, and now they are showcasing their hard work and talent. For all Olympians, attention to detail is of the utmost importance for peak performance. As much as muscle memory is a key factor in athletes competing at the highest level, athletes rely on their five senses during their events to make their best placing. Lasik eye surgery is a helpful tool for Olympians because it sharpens their visual acuity and allows them to train in a more detail oriented fashion, and it improves their performance capabilities so they can compete at the highest level and fulfill their athletic potential.

Lasik is a non-invasive eye procedure performed with a laser that can help correct nearsightedness, farsightedness, and astigmatism. The procedure is very quick, lasting approximately 20 minutes or so. Not only is the actual procedure quick and easy, but the recovery time is fast as well. Olympians don’t have weeks that they can take away from training to recover from a procedure, so Lasik’s recovery time isn’t a concern. Most Lasik patients see again only 24 hours after their procedure. For some, it’s even quicker. Olympian’s training schedules are long and frequent, so Lasik won’t disrupt Olympian’s training schedules.

With all of the benefits that Lasik provides, the fast recovery time, and the non-invasive nature of the procedure, it’s no wonder that Olympians are investing in Lasik to improve their performance and place higher in their events.

Lindsey Vonn is one of the most decorated female skiers in the history of the sport. During her athletic career, Vonn accumulated a total of three medals. She competed in the two fastest skiing disciplines, the super-g, and downhill. She earned a gold and bronze medal in the Super-G at the 2010 Vancouver. The Super-G is similar to downhill skiing, but it involves taking more sweeping turns that require a more technical approach. A few years later, after taking some time to rehab injuries, she returned to the 2018 Pyeongchang Olympics to secure another bronze medal.

In the Super-G, athletes are only permitted one run down through the course for time. Walkthroughs of the course are only allowed on the day of the race. With only one chance to complete the course, and without being able to thoroughly study the course, being able to see the trail is extremely important. Especially since the skiers can get up to speeds over 80 mph, visual acuity can be the difference between winning and losing, as well as the difference between crashes and remaining upright. In an interview concerning her experience with LASIK surgery, She said “it was becoming more difficult to see the gates and judge the terrain as I was skiing.”

Lasik eye surgery has allowed Vonn to improve her overall performance and training. Being able to focus on her performance and not have to worry about her eyesight while she’s skiing has made an impact on her athletic career.

Lasik helped Derrick be able to focus all of her energy on her race, and not worry about anything else but competing. In an interview on her experience with Lasik, she said “Performance-wise for me, I’ve always had issues with my contact lenses on the ice. They would fall out all of the time. I would be in the middle of a race and I’d have to swipe my eye to get it out because it would be blurry. So then I would only have one contact in and the other contact out, so that was always really rough because we have the blocks that we need to skate around. Even with glasses on the contacts would still fall out.” Worrying about contacts falling out while she was competing in her events is a problem she doesn’t have to worry about anymore. Getting Lasik and ditching her contacts removed one more barrier between her and getting to stand on the Olympic podium and receive her bronze medal. Lasik helps Olympians, like Derrick, focus solely on achieving their athletic potential, and realize their dreams of receiving a medal on the podium. As Derrick says concerning Lasik, “now I can just skate and not worry about it.”

At the end of the day, Lasik eye surgery is a great way for Olympians to unlock their highest athletic accomplishments and fulfill their potential. The short recovery time paired with excellent results makes it a no-brainer for any athlete looking to remove the hassle of contacts and glasses from getting in the way of their training. If you’re to leave your days of fumbling with contacts and glasses behind you, contact Davis Vision Center to schedule your Lasik procedure today. Davis Vision Center is leading all Utah eye centers with the best Lasik Eye Surgery has to offer. We deliver the highest quality services possible, and our friendly team is ready to assist you with whatever information you need.